A piece of free and exploratory writing!

I first became aware of ‘Don Quixote’ through the writing of Arthur Danto, and in particular his philosophical art text ‘Transfiguration of the common place’. Danto makes reference to this short story whilst contemplating the idea of originality and authorship in the art world, more to the point, what is originality and why does this give an artwork precedent over any reproduction?

Arthur Danto – Transfiguration of the commonplace.

Danto continues begins his discussion of indiscernible artworks with the use of a fictitious art exhibition, which includes 4 works, all indiscernible to each other in what ‘the eye or ear can determine’, all ‘Red Squares’.

Danto conceptualises these 4 paintings individually, simply naming one, ‘Red square’, then ‘Red Square Moscow’ then to a still life reference ‘Tablecloth’ and then finally towards abstract expressionism ‘Kierkegaards mood’. Danto seems to refer to this conceptualisation of an art work, as the piece’s identity.

Danto considered this metaphysical area of art as key to an art pieces individuality, the red squares proposed by him are not the same images, indiscernible to the eye and ear yes, but vastly different in their conceptual qualities, this leads Danto’s contemplation further, raising questions as to what makes the ordinary become extraordinary through its declaration as art, and further more is a reproduction of an image, poem, or painting, ever really a reproduction or is it something else entirely?

“Pierre Menard, Author of the Quixote” is a literary piece written by Argentine philosopher, poet and writer, Luis Borges. The piece takes the form of a critique of French writer and polymath, Pierre Menard.

Pierre Menard, an eccentric character, has recently undertaken, what is seen as a futile task of recreating and rewriting the 17th Century Novel ‘Don Quixote’ originally written by the Spanish writer, Miguel Cervantes. 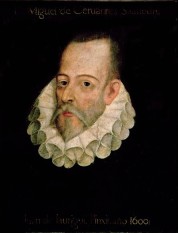 Pierre Menard, and we must remember that he is fictional, states that he has no intention of rewriting ‘Don Quixote’ in the sense of copying, but rather he wishes to write ‘The Quixote’, his reviewer obliges him during his critical piece on Menard, choosing to pick out a particular sentence from both Cervantes ‘Don Quixote’ and Menards ‘Quixote’ –

“Truth, whose mother is history, rival of time, depository of deeds, witness of the past, exemplar and adviser of the present, and the future’s counsellor.” Miguel Cervantes, “Don Quixote”

“Truth, whose mother is history, rival of time, depository of deeds, witness of the past, exemplar and adviser of the present, and the futures counsellor.” Pierre Menard, “The Quixote”

Following the quotations Menard’s reviewer states that the statement written by Pierre is ‘infinitely richer’ whilst Cervantes is a ‘mere rhetorical praise of history’. This is interesting as the reviewer’s words seem to inform the way in which the reader approaches these two statements. 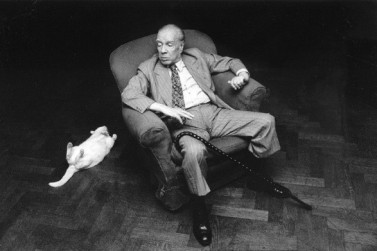 This brings us full circle, and back to Danto’s fictional art exhibitions, those titles given to the red squares in ‘Transfiguration of the commonplace’ seems to play the same role as the reviewer (Borges) analysis of the two indiscernible sentences by Cervantes and Menard respectively.

05/10/2019 – Upon current reading, I believe that there are several interesting idea’s at play here,

What is the importance of originality, and what value can recreations and copies hold in the visual arts if any?

How can the idea of fictionalisation be manifested by the visual arts? formulating and encouraging the further study of pieces such as “Erased De Kooning drawing” and using such ideas to explore the meta-fictional relationship proposed by Borges and Menard.

The idea of originality in art and its importance is nothing knew to discussion in art, artists after all have sort inspiration from pre formed external stimuli since the dawning of man, but yet also on a less facetious note, big name players such as Marcel Duchamp, and the somewhat known Andy Warhol, have sort means of “inspiration” from somewhat less obscure external stimuli. 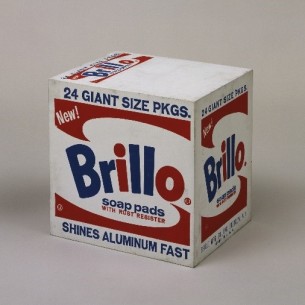 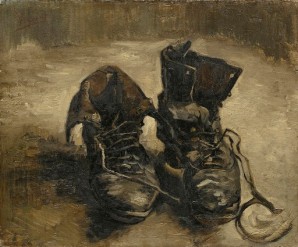 You are currently reading A piece of free and exploratory writing! at Arron Hansford.